Will the coalition’s FTTN get people off dial?

This is odd: There’s a considerable gap between two different ABS measures of the number of dial-up Internet customers still in Australia.

I suspect that there are a lot of people who kept a backup dial-up account at some point, and who haven’t gotten around to cancelling it.

This is an aside, however.

This post is in the context of Malcolm Turnbull's initiative to survey users on broadband speeds.


I was interested that Turnbull's concerns include the dial-up customer (which led me to notice the data discrepancy). To quote Tony Eastley’s introduction* in AM, “the opposition says close to half a million households still use dial-up technology, and they’re being forced to wait too long for the NBN.”

Given the speed of dial-up’s decline in Australia, I doubt it. The dial-up sector lost nearly 100,000 customers in the six months to December 2011 anyhow – if that rate is maintained, it will die of its own accord in a couple of years.

(I would guess that most of the remaining 90,000-ish businesses with dial-up accounts use them only for backup, by the way. That application is being replaced rapidly with mobile connections.)

My other point is best illustrated by a rough map: 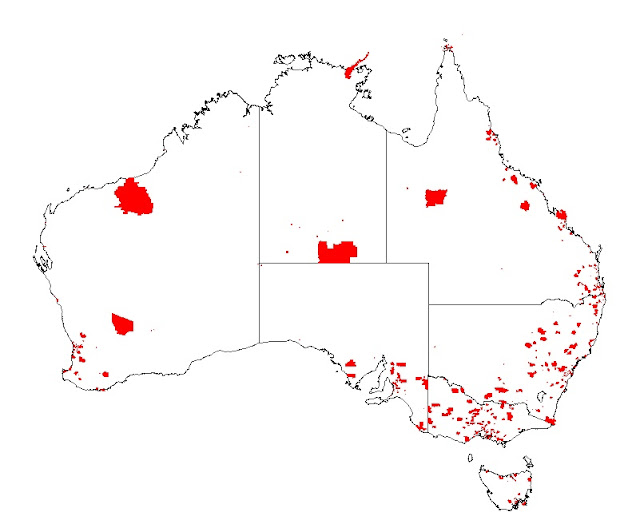 This shows the Census SA1 areas in which more than ten percent of the households still have dial-up connections. I haven’t calculated exchange distances, but the illustration should tell you enough.

Dial-up is at its most stubborn in remote places – areas that would be the slowest, most expensive and difficult to upgrade to FTTN.

*Note: it's perfectly possible that AM misunderstood something Mr Turnbull said, but that the program didn't put to air. If so, my apologies to Mr Turnbull.
Posted by Richard Chirgwin at 10:01 AM